When you entrust your children to the care of others, you can only hope that those individuals would do all possible to keep them safe. That’s what makes this  story is so disturbing.

On a Monday afternoon, Troy Luna was riding the bus. The fifth-grader, who attended a California primary school, was one of 30 students on the bus. The kids ranged in age from k indergartners through fifth graders.

Troy, 10, noticed a weird, stale odor and quickly determined it was coming from the bus driver, a substitute who typically worked in a different district. Troy noted the strange odor, then watched the driver speeding up and swerving along the road.

She aggressively applied the brakes, causing some kids to slam their heads against the backs of the chairs in front of them. Troy was worried something was seriously wrong when the bus driver missed a critical turn and ended up driving too fast on the highway.

His pals tried to persuade him not to do it since they didn’t want to make a “big deal of nothing” and get into trouble.

Troy, on the other hand, has eight siblings, so keeping an eye out for other kids is second nature to him. His instincts told him he needed to intervene, and he wasn’t about to ignore them.

As a result, Troy dialed 911. See what happened when police came and learned the 10-year-old had spared them all from a potential calamity in the video below. 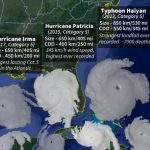 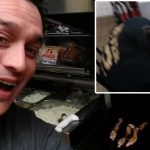