When this man ordered meal delivery from DoorDash to his home in Smithtown, New York, he had no idea what would happen when the driver came.

The female delivery woman rang the man’s doorbell and spoke to him through the camera, attempting to encourage him to walk outside while she waited there with his meal, according to the man’s Ring Doorbell video.

She was reportedly enraged that he had given her a $8 tip, alleging it was insufficient given how long it took her to get there.

“I don’t think you realize where it is coming from, so I need to speak with you.”

The customer was taken aback and perplexed; he said that the trip from the restaurant to his residence should have taken her only 15 minutes.

The delivery driver, on the other hand, claimed it took her more than twice as long – a travel she felt was too long to justify the “poor” tip.

The two argued back and forth, but the astonished customer refused to speak with her outdoors.

“I feel that is still very far, so you need to adjust your tip to make it right,” she insisted.

Watch the video below to see how the heated exchange finished with the customer’s lunch being sent back to the delivery driver’s vehicle. 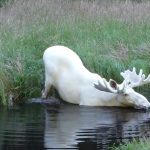 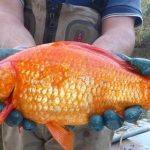