Honey bees may seem like a bunch of pushovers when compared to Japanese hornets, but make no mistake, these little guys know how to defend themselves. When a giant spider tried to invade their hive, a group of bees responded in force. Unlike web spiders, ‘fishing’ spiders like this one stalk their prey. The bees ignore the spider at first, but when it finally makes its move all bets are off. When a honey bee stings a human, its barbed stinger is usually lodged in the skin. As the bee pulls back the stinger is ripped away an the bee dies. The spider’s exoskeleton doesn’t snag a bee’s stinger, which allows each of these bees to sting the threat multiple times. 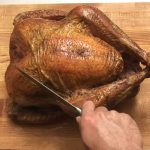 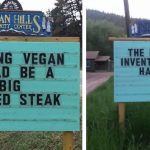