Queen Elizabeth II has made a major revelation about the monarchy’s future just a few months after Prince Philip’s retirement.

Out of the profound respect the Queen holds for the institution of monarchy and its stewardship, Her Majesty would want to make sure that she has done everything she can for her country and her people before she hands over.

Her Majesty is mindful of her age and wants to make sure when the time comes, the transition of the Crown is seamless.

I understand the Queen has given the matter considerable thought and believes that, if she is still alive at 95, she will seriously consider passing the reign to Charles.

In order to abdicate the throne to her son, the Queen would need to have a piece of legislation known as the Regency Act passed. High ranking courtiers have confirmed that with the Regency Act Charles’ reign becomes a real possibility.

Regency Acts have been passed at various times in the history of the United Kingdom. They are most often passed when a reigning monarch is too young to accept the throne or somehow incapacitated for a prolonged period of time. 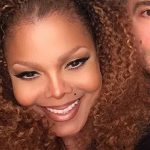 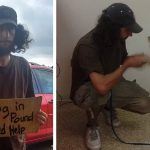