Clint Eastwood made a recent speech that has some people raising their heads to listen. The Academy Award winner was the subject of an Esquire magazine interview which covered an array of topics. While he refused to support either candidate, he did have some choice words about the state of politics.

“I haven’t endorsed anybody. I haven’t talked to Trump. I haven’t talked to anybody. You know, he’s a racist now because he’s talked about this judge. And yeah, it’s a dumb thing to say,” he said. “I mean, to predicate your opinion on the fact that the guy was born to Mexican parents or something. He’s said a lot of dumb things. So have all of them. Both sides. But everybody — the press and everybody’s going, ‘Oh, well, that’s racist,’ and they’re making a big hoodoo out of it. Just [expletive deleted] get over it. It’s a sad time in history.” 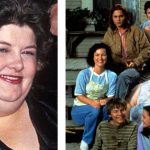