Pamela Dee Gaudry, a Navy Captain’s widow, was on a Delta flight to Atlanta carrying the body of fallen soldier 29-year-old Army Staff Sgt. Dustin Wright. Staff Sgt. Wright was one of the four soldiers killed by an ISIS ambush in Niger earlier this month.

Gaudry wanted to do something to honor Wright and his family, so she spoke with every passenger on the plane and asked if they would join her in singing the National Anthem when the plane landed. “I thought it would be so amazing if we sang as they were getting off,” Gaudry said in the video below. “It’s a great honor to the boy’s parents, wife and perhaps children.” 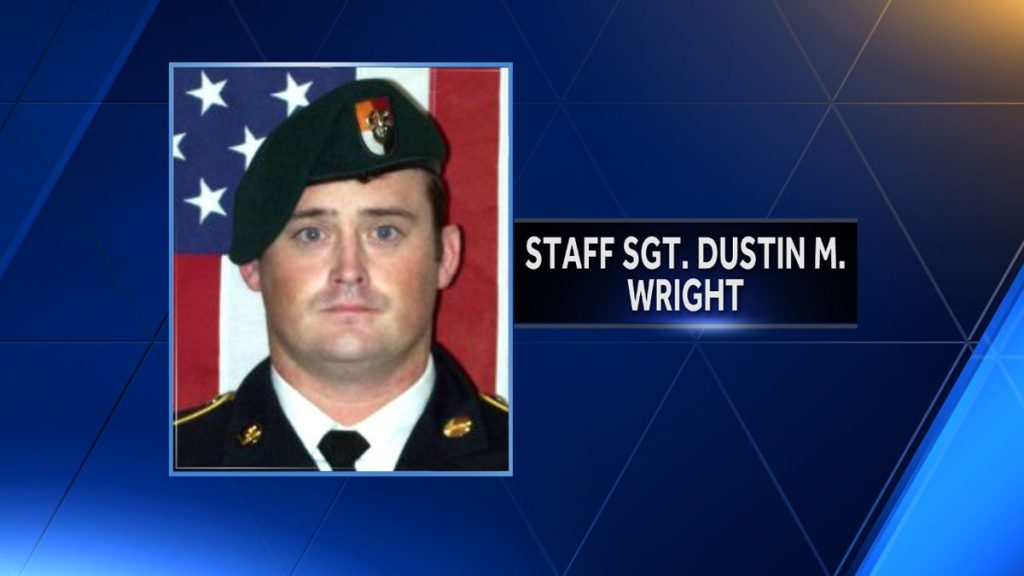 Some passengers thought it was a magnificent gesture, while others chose not to participate. As the plane made its final approach, the chief flight attendant stopped by Gaudry’s seat and told her it was against Delta policy to sing the National Anthem. Fox News reports that the attendant said the song could be offensive to passengers from other countries. The flight staff then made an announcement asking everyone to remain seated and silent in honor of the fallen soldier on board.

Guadry was shamed into silence, a decision she regrets. “I’m humiliated by my lack of courage to sing the national anthem in my own country on American soil, with a deceased soldier on the plane. I wish I could have been an example for my children,” Gaudry said. “I’m glad my former husband is deceased because he would have been profoundly disappointed in me.”

Delta issued the following statement saying there is no policy against singing the Star Spangled Banner,

Our employees worldwide take great pride in Delta’s longstanding support of the military. The respectful ceremony of the Delta Honor Guard is one symbol of Delta’s pledge to the men and women of the armed forces, and it represents our broad commitment to our veterans and active-duty service members,” writes Delta in its statement.

Delta does not have a policy regarding the national anthem. We have reached out to the customer and are looking into this situation.”

Gaudry told Fox News that the airline did reach out to her. “Evidently, they had a flight attendant that made some bad decisions in trying to make this situation go away. They are going to do some training for the future,” she said. “Delta was very reverent and let the honor guards do a wonderful thing to honor each and every soldier that comes home with this beautiful tribute. For just this reason, I personally do not believe in a boycott of Delta.”

“Delta has apologized to me. Profusely. I accept. Like many things in life … it should have been handled differently. I am not throwing any stones,” she concluded.

A complete lack of courage on my part...As God as my witness, I promise that it will not happen again.God bless this great country. We need it desperately Please share.....