No matter how well intentioned, government benefits will always be abused by people who want money for nothing. Fortunately some of these people get caught with their hand in the tax-payer’s cookie jar.

In 2007, Thomas was classified as disabled by the United Kingdom’s Department of Work and Pensions. She claimed to suffer from debilitating asthma, diabetes, and high bloo pressure that left her unable to walk little more than short distances. She was given more than £4,200 ($5,565) for a car due to her “disability” that limited her mobility.

Thomas had no idea that her free money came with a price, surveillance.


Prosecutor Tim Hills revealed the following information to a jury on October 24, 2017,

In 2013 she won a bronze and a gold regional medal in karate.

News filtered through to the fraud investigators of the Department of Work and Pensions and between May 8 and 17 surveillance was carried out.

She was seen wearing her karate clothes on May 23, smoking a cigarette out of a car window, and then attending a karate class in Brockworth.

There was then a regional qualifier taking place in Birmingham and she was filmed taking part, winning a medal, and then kissing her husband.”


According to Gloucestershire Live, investigators “saw her walking to and from her car at normal speed and without any sign of difficulty or shortness of breath.”


DWP fraud investigator Judith Merryman also testified against Thomas. “She said she had to have someone with her when she is out in public and stated ‘It’s always lurking, waiting to strike when it wants, taking the air that I breathe’. She went to a karate club at Brockworth, on May 23 2013. She was observed wearing karate whites, smoking cigarettes in her mobility car, and observed walking across the car park to the club.”

“She took part in a tournament in Birmingham. We kept surveillance at the event, on June 1 2013 at Cocks Moors Woods leisure centre,” Merryman explained. After Thomas earned a gold and bronze medal, the benefits payments were stopped and an “overpayment” was calculated.

The trial is still underway, but Thomas’ chances for a not-guilty verdict appear quite slim. 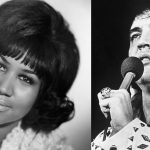