Logan is 9-years-old, he suffers from cerebral palsy, and he loves his country. In the wake of professional and student athletes protesting the national anthem of the United States of America, a brave little boy is determined to pay his respect no matter how difficult the simple act of standing may be. His mother,Rebecca Wilson of Chesterfield, Michigan, noticed the moment while they were watching a game on TV and quickly took a video with her phone. She told Fox 5 News, “He always takes off his hat, but until yesterday I never really saw him try to stand. He just knew that is what we do to show respect to our country and everyone who fights so hard for us. He is truly just an amazing kid just doing what he loves.”

Born 3 1/2 months early, Logan weighted less than 2 lbs and spent the first 6 months of his life in the NICU. After he was diagnosed with spastic quad cerebral palsy, doctors expected Logan to have a terrible quality of life. Logan cannot walk without aid from medical equipment, but he can crawl on his own. He loves sports, especially the Detroit Tigers and the Detroit Lions, and even plays on a special needs baseball team.

In a Facebook post sharing the video below, Rebecca commented “Even my 9 year old with CP (who can’t walk) knows you’re supposed to stand up during the national anthem…He loves it!” 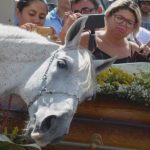 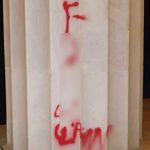