Richard Norris made headlines when he became the first person in medical history to receive a full face transplant. When he was 23-years-old half his face was blown off by a shotgun.

The face he received belonged to Joshua Aversano.

Joshua had dreamed of being a Marine but he was hit by a car in 2012 and died instantly. Joshua’s sister, Rebekah, had a hard time with her brothers passing.

“Losing my brother was the hardest thing I’ve ever went through,” she told Inside Edition. “It was completely and utterly devastating.”

Doctors asked the family if they would consider donating Joshua’s face to Richard, it was Richard’s only hope.

With the family’s blessing, a team of 150 doctors and nurses transplanted Joshua’s face onto Richard in a 36-hour operation.

The man she saw looked like her brother. She told Richard, “You have my brother’s face. It’s so familiar to me. It’s hard to see where my brother ends and you begin. His ears. Nose. Lips. Teeth. Hair. Everything belonged to my brother.”

Though the loss of her brother has been extremely difficult, she’s found solace in Richard.

“My brother died and yet I’m looking at him right now,” she said. “I have to smile when I look at Richard because this is a complete miracle.” 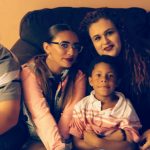 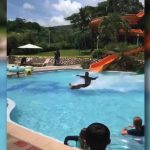