A couple of animal control officers were called out to a suburb of Florida to investigate something in a sewage drain. They realized they were going to have their hands full when they saw it was an alligator.

How’d you like to be the guy whose job it is to get this thing out of the drain?

“Ma’am, we found the clog. You might want to turn away while we extract it.” We can imagine them saying something along these lines. We also imagine this guy in the video was trying to get his coworker to help, and the coworker decided he’d rather step back and be in charge of the camera. 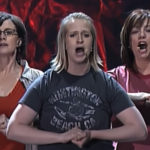 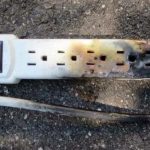