There was a day when people went to sports championships for a real-life experience of something they normally would only see on TV. Now, it’s more common than not for most attendees to view the live event as they record it on a phone or tablet. Kind of defeats the point, right?

Well, at the PGA Championships where dozens held a device between their eyes and Tiger Woods, one man decided the old ways are best and enjoyed the moment with his eyes on the ball and his hands on a cold beer. The moment was captured in a photo that immediately went viral.

Fans at home weren’t the only ones who noticed this gentleman; Michelob Ultra, did as well.

Mark, the fan, and Michelob Ultra came to an agreement a few days after the photo was shot, which resulted in a 15-second commercial based on the photo, followed by a merchandising line that included a shirt and hat with Mark on it.

Joy is living in the moment. Take it from @TheMichUltraGuy…Drop a 🍺 if you agree. pic.twitter.com/VHIcRD3Siq

We found #TheMichelobGuy. As you can imagine, Mark was hard to reach. He proved it’s only worth it if you enjoy it, so we immortalized him with some merch. Grab a tee and rock it at the next golf event for a chance to win some free ULTRA. pic.twitter.com/bfZRo0aQ1w

When’s the last time someone offered you a merchandise deal just for holding a beer? 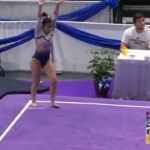 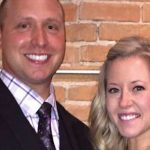