While driving through a Wal-Mart parking lot, Wilma Price noticed a homeless man holding a shabby cardboard sign with a message written in black marker. Most travelers would continue their day without giving the man a second glance, but Wilma looked closely and saw that his sign read “Dog in pound, need help.” Wilma is the founder of MrK’s Halfway house, an organization dedicated to saving homeless animals that no one else will take. When she saw a man with nothing who’s only wish was to save his dog, Wilma decided to put her day on hold and find out what happened.


The homeless man’s name was Patrick and he had just spent two days in jail for a trespassing charge. While he was incarcerated, Patrick’s dog Franklin was picked up by the pound. Left with nothing, Patrick’s only goal was to see his best friend again and he would spend whatever money he could find to keep from losing all he had left. Wilma listened to Patrick’s story and immediately started a crowdfunding group to raise money for Franklin’s release.

She wrote on the crowdfunding site gofundme.com,

This is Wilma, Patrick is a man down on his luck and it’s ready to make a new start his dog was in the pound and he’s homeless and he needed help to get his dog out and I helped now he needs help from the public to get back on his feet so please help
http://mrkspetshelter.org


Almost immediately Wilma and Patrick had raised enough money to save Franklin. After reuniting the pair, Wilma took Patrick back to Wal-Mart so that he could pick up a few things. She updated the crowdfunding page,

Omg . I’m posting this because I’m getting phone calls yes I am accepting donations for Patrick and Franklin I’m just so shocked he is a wonderful man and Franklin is a wonderful dog I did this because I would want somebody to do it for me I’ve done homeless animals all my life and dedicated my life to them we all could be in his situation in the blink of an eye and you never know somebody situation or what’s going on in their life so I am not a very judgmental person and I never judge somebody by the cover of their book is until you’ve walked in their shoes you have no idea what somebody’s went through you should always pay it forward if you’re able because like I said in the blink of an eye you could be in the same situation I know how hard I struggle everyday just to make sure that the animals have everything and will never end back up on the street again while they’re waiting for their forever home and I have been blessed in my life with unconditional love why all the homeless animals 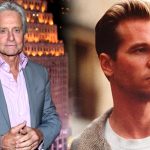