“Woah, what the hell happened to him?”

“Well he was on his way over to my house the other day and when he arrived outside the house he didn’t brake properly and boom – He hit the curb, the car flipped over and he crashed through the sunroof – Went flying through the air and smashed through my upstairs bedroom window.”

“What a horrible way to die!”

“No no, he survived that, that didn’t kill him at all. So, he’s landed in my upstairs bedroom and he’s all covered in broken glass on the floor. Then, he spots the big old antique wardrobe we have in the room and reaches up for the handle to try to pull himself up. He’s just dragging himself up when bang, this massive wardrobe comes crashing down on top of him, crushing him and breaking most of his bones.”

“No no, that didn’t kill him he survived that. He managed to get the wardrobe off him and crawls out onto the landing, he tries to pull himself up on the banister but under his weight, the banister breaks and he goes falling down on to the first floor. In mid air, all the broken banister poles spin and fall on him, pinning him to the floor, sticking right through him.”

“Now that is the most unfortunate way to go!”

“No no, that didn’t kill him, he even survived that. So he’s on the downstairs landing, just beside the kitchen. He crawls in to the kitchen, tries to pull himself up on the stove, but reached for a big pot of boiling hot water, whoosh, the whole thing came down on him and burned most of his skin off him.”

“No no, he survived that, he survived that! He’s lying on the ground, covered in boiling water and he spots the phone and tries to pull himself up, to call for help, but instead he grabs the light switch and pulls the whole thing off the wall and the water and electricity didn’t mix and so he got electrocuted, wallop, 10,000 volts shot through him.”

“Now that is one awful way to go!”

“Hold on now, just how the hell did he die?”

“You shot him? What the hell did you shoot him for?”

“He was wrecking my house.”

Talk about a wild ride! 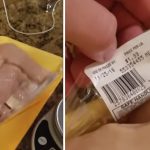 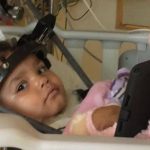