For more than 30 years, Stephen Garofalo has worked for the United States Postal Service, delivering mail along the same route through Wayne, New Jersey.

Naturally, he’s become extremely familiar with the area and can spot anything unusual or out of place.

Despite working the same route for decades, Stephen had never encountered anything particularly dramatic when carrying mail – that is, until he assisted in the rescue of a local woman.

Stephen found a 2-year-old boy meandering around his neighborhood alone.  It was an instant red flag for the worried postal carrier, and he wasn’t going to ignore it.

Stephen, who had seen this child before on his walk, instantly asked about his mother. The toddler was clearly frightened, and he pointed past his front porch and into his house.

Stephanie, the child’s mother, was stooped over her son’s stroller when Stephen dashed inside. She was completely unconscious and unresponsive following a bad reaction to medication, according to reports.

In the video, you’ll see why Stephen was given the Life Saving Award by the United States Postal Service, which is a remarkably rare honor. 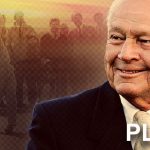 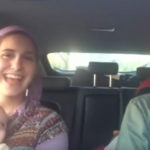