His decision to turn on the radio helped Steve Adams save a life that day. Adams heard an Amber Alert for a 2-year-old girl named Brooklynne Emerie Enix. The alert included a description of the car. It was the car right in front of him. He was shocked.

Deputies responded quickly and pulled over the suspected vehicle. Tyler Enix was arrested on the spot. He had murdered his wife Kimberly shortly before kidnapping his own daughter.

“I think God put me in the right place at the right time,” Adams told reporters.

Below is an interview with Adams about the unbelievable encounter on the freeway in Ohio. He talks about his story in detail. 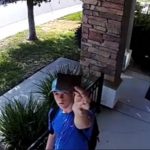 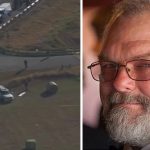