UPDATE, April 7: The Fresno County Sheriff’s Department has confirmed with the media that they have positively identified the woman. They believe she may be the victim of a crime and have not released her identity to the media. They have confirmed that she is 33-years-old and a resident of Virginia. Authorities are continuing their investigation to determine the chain of events that led to her current situation.

Earlier this week police officers in Fresno, California found a soaking-wet woman with webbed feet wandering the streets near the Eagle Springs Golf and Country Club in Friant around 3:15 AM. She was wearing nothing more than a sports bra and told officers that she was a mermaid named Joanna. “She was wet, she said she had been in the lake, said she needed help and needed to be taken to the hospital,” Fresno Police Lt. Mark Hudson told KRON 4 News.

Officers estimate her age to be somewhere between 16 and 30. She has been unable to answer any further questions about her identity or how she arrived on Millerton Road. “We did go through records after fingerprinting her and we still did not come up with her identity,” said Hudson. She answers, “I don’t know” to most questions. The officer believe she may be the victim of a crime.

Her case was turned over to the Fresno County Sheriff’s Department who are taking her fingerprints and actively looking for leads about her identity.

The woman is 5 feet 4 inches tall, around 150 lbs, has dark hair, and two of her toes are webbed on each of her feet. Anyone with information on the woman’s identity can contact the Fresno Police Department Missing Persons Unit at 559-621-2455. 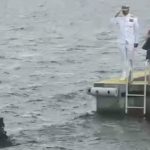 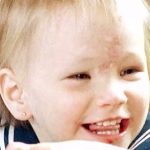