The world was left in shock after viral footage showed a man being knocked unconscious and forcibly removed from a plane after refusing to volunteer his seat on an overbooked United Airlines flight.

Today his identity has been revealed. Dr. David Dao, 69, is a pediatrician specializing in internal medicine, a grandfather, and an American citizen. Dao has five children, four of which are also doctors, and his wife Teresa, 69, is also a pediatrician.

Dr. Dao was violently pulled from his seat by three Chicago Aviation Police officers and knocked unconscious when his face struck an arm rest. With blood pouring from his mouth, Dao was dragged unceremoniously from the aircraft as fellow passengers protested and children screamed in horror. The entire ordeal was caught on video by multiple witnesses who shared their footage on social media.

The public backlash against United Airlines was almost immediate. United CEO Oscar Munoz made things worse with a public statement that simply apologized for having to re-accommodate the four “volunteers” forced to give up their seats for a United Flight crew.

Today Munoz struggles to shift the blame onto the Aviation Police officers and Dr. Dao himself. In a private email to his employees, Munoz called Dr. Dao “disruptive and beligerent” and praised his employees for going “above and beyond.” A United Airlines employee took a screenshot of the email and uploaded it on Twitter.

Munoz remarked that he was upset by the event, but continued to justify Dao’s treatment as part of “established procedures.” He then shifted the brutal treatment of Dr. Dao onto the officers saying, “Our agents were left with no choice, but to call Chicago Aviation Security Officers to assist in removing the customer from the flight, he repeatedly decline to leave.”

His comments have been called “heartless” and “tone-deaf” on social media. Munoz’s statements were immediately met with disdain and criticism with much of the public calling for a boycott against United.

@thehill Wow, sounds like he is justifying beating and dragging a passenger. Abysmal behavior and attitude. No woder United is my last airline choice

@thehill No accountability for lousy protocol.It will be a cold day in Hades before I allow these lackwits to fly me anywhere.#BoycottUnitedAirlines

The incident on United flight 3411 was not in accordance with our standard operating procedure and the actions of the aviation security officer are obviously not condoned by the Department. That officer has been placed on leave effective today pending a thorough review of the situation.

The image below shows the screenshots of Munoz’s email that were uploaded to Twitter. Scroll down for a transcript.

Dear team,
Like you I was upset to see and hear about what happened last night aboard United Express Flight 3411 headed from Chicago to Louisville. While the facts and circumstances are still evolving, especially with respect to why this customer defied Chicago Aviation Security Officers the way he did, to give you a clearer picture of what transpired, I’ve included below a recap from the preliminary reports filed by our employees.

As you will read, this situation was unfortunately compounded when one of the passengers we politely asked to deplane refused and it became necessary to contact Chicago Aviation Security Officers to help. Our employees followed established procedures for dealing with situations like this. While I deeply regret this situation arose, I also emphatically stand behind all of you, and I want to commend you for continuing to go above and beyond to ensure we fly right.

I do, however, believe there are lessons we can learn from this experience, and we are taking a close look at the circumstances surrounding this incident.
Treating our customers and each other with respect and dignity is at the core of who we are, and we must always remember this no matter how challenging the situation.
Summary of Flight 3411

On Sunday, April 9, after United Express Flight 3411 was fully boarded, United’s gate agents were approached by crewmembers that were told they needed to board the flight.

We sought volunteers and then followed our involuntary denial of boarding process (including offering up to $1,000 in compensation) and when we approached one of these passengers to explain apologetically that he was being denied boarding, he raised his voice and refused to comply with crew member instructions.

He was approached a few more times after that in order to gain his compliance to come off the aircraft and each time he refused and became more and more disruptive and belligerent.

Our agents were left with no choice, but to call Chicago Aviation Security Officers to assist in removing the customer from the flight, he repeatedly decline to leave.

Chicago Aviation security Officers were unable to gain is cooperation and physically removed him from the flight as he continued to resist – running back onto the aircraft in defiance of both out crew and security officials.

What do you think should be done? 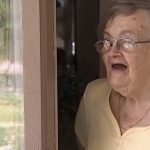