In the late 1960s Otha Anders picked up a penny and set it aside in a special jar. He did the same thing with every penny he saw for the next 45 years.

“I became convinced that spotting a lost or dropped penny was an additional God-given incentive reminding me to always be thankful,” he told The News Star. “I would never spend a penny,” he said. “I would break a dollar before giving up a penny.”

Just recently the now 73-year-old Anders decided it was finally time to trade in his ridiculous coin collection for cash. 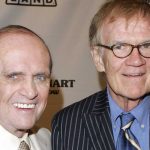