A viral video released this week showed a hunter punching a Kangaroo in the face while trying to rescue his dog.

Greig Tonkins, an elephant keeper at a Zoo in New South Wales, Australia, was giving his terminally ill friend one last hunting trip. The group was able to help their friend bring down one last ‘tonner’ (a pig over 100 kg) before he died of cancer a few months later.

While hunting wild pigs, a kangaroo captured one of their dogs in a headlock. Greig gave the kangaroo a mean right hook while freeing his dog and preventing the animal from attacking anyone else.

Some people in Australia started criticizing Greig wishing death and violence upon him and his dog. “The dog wanted no part of it, all it was trying to do was escape from the roo and that’s why he stepped in,” one of the hunters told the Daily Mail “There’s people on social media saying, “I know men like that, I bet they killed it afterwards”, but that’s just ridiculous.”

While some Australians appeared to be upset, there have been virtually no complaints from Americans who cannot stop watching the viral video. “It made me sick to be part of this country when people were wishing this family man and dog died, when the kangaroo wasn’t even hurt,” the unnamed hunting partner added. 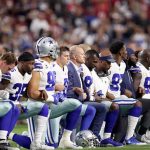 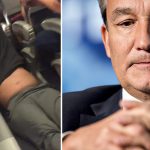