Don Gilbert was staying at a motel in Vancouver, Washington when he saw a young child being beaten. He immediately came to the rescue.

After hearing a loud commotion coming from outside, Gilbert looked and saw a man throwing his 2-year-old daughter of the window from one of the rooms onto the cement sidewalk below. He then attempted to stomp on the child’s head.

Gilbert grabbed a baseball bat and stopped the brutal attack with a few sings. Gilbert said he struck the man across the back of the head. When police arrived, they had to use a taser to subdue the assailant.

They arrested Kyle Holder, 32, for the assault on the very young child. Holder is currently facing first-degree attempted murder. 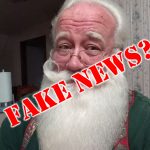 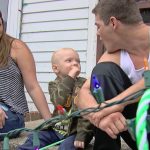