Dog’s are often referred to as man’s best friend. This story exemplifies that idea.

When one Mother’s 10-year-old son, who suffers from Down Syndrome, went missing, she was at a loss. Time continued to tick on until more than 15 hours had gone by. She was in a panic; he doesn’t usually wander far from home.

At one point, approximately 150 volunteers were helping search for the missing child. That’s when they decided to get help from a special volunteer — the family dog.

The dog led them right to Kyle. It was more than 1.5 miles, and there Kyle was with four puppies. They had kept each other warm throughout the night. 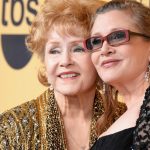