A mother is facing backlash after publishing photos of her baby sporting a full-fledged stiltto manicure.

According to the Daily Mail, the photographs have been spread across several social media platforms, but they are thought to have started on Facebook. The baby’s manicure contains lengthy, stiletto-shaped false nails. Although pointed claws are fashionable among adults, many people were concerned about what would happen to a newborn if he or she was given them.

I can do your baby's nails. Kindly DM for more info ❤ pic.twitter.com/13ZvqUTN1j

“I can do you babies nails. PM for info. Cheap rates,” the original poster captioned the images.

The photographs quickly spread to Twitter and Reddit, where users mocked each other with similar messages. Many people assumed the photographs were Photoshopped, which is possible. Many people have pointed out, however, that making jokes about it online can encourage someone to actually do something like this to their child.

“I could understand painting a babies nails, but giving them fake ones? It’s too dangerous! They constantly are touching their faces, so it could really do damage to their eyes. It’s better to wait until they are a lot older,” one person tweeted.

“No just no. One the babies nail is so thin this can damage it for later in life. And honestly it’s just stupid,” another person wrote.

“Especially like the ones shown I mean why would you want sharp things that your baby would put in their mouth and possibly swallow. It’s just no no no no no no no nooo.”

How would you respond if someone offered to give your baby a manicure like this? 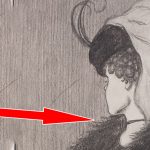