Dustin and Caren Moore were making a life-changing trip back to California from Colorado with truly the most precious cargo in tow.

The couple had recently adopted a newborn baby girl after nine years of attempting to conceive. The new parents were frightened, apprehensive, and delighted to return home and start their new life together after a long and stressful week of paperwork and preparation.

The flight was going well until their daughter awoke on the plane wailing. Dustin and Caren didn’t want to bother the other passengers, but their daughter’s diaper needed to be changed. Jenny, one of the flight attendants, graciously made room for them in the plane’s rear.

Jenny complemented the beautiful baby and asked Dustin and Caren where they were going with such a young, tiny infant. Dustin mentioned that he and his wife had recently adopted her.

Dustin and Caren were back in their seats ten minutes later when another flight attendant, Bobby, came over to congratulate them. Apparently, word got out quickly.

The intercom went on a few moments later, and Bobby made an unexpected news. What happened next was an unexpected surprise that caught Dustin and Caren completely off guard… and reminded them that the world is full of beautiful individuals. 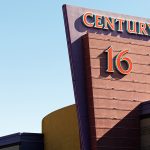