Martin Smith, a police officer from New Mexico, received a call from a frantic family with an unresponsive infant who had stopped breathing.

Officer Smith was the first on the scene and began performing infant CPR by tapping the child’s chest and assisting her breathing.

Within moments the 7-month-old girl regained consciousness and began breathing on her own. 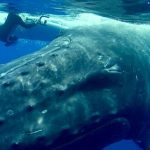