“Stand By Me” is an absolute classic. It really takes you back the moment you the swell during that opening. Originally performed by Ben E. King, the song shot straight to the top of the charts in 1961. Since its original release, it’s earned more than 20 million dollars in royalties over the years, and of course, it had a resurgence in popularity after the release of the film by the same name. 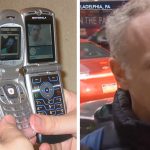