Elvis Presley took America by storm and the music was never the same. Neither was the dancing. They eventually called him “Elvis the Pelvis” after this legendary performance on “The Ed Sullivan Show.” It was considered too vulgar at the time. Sullivan said he would only film Elvis from above the waist from that point forward. Then again, by today’s standards, it’s completely tame. Kids these days do and watch much much worse.

He was the King and you gotta love him. Do you remember this performance? 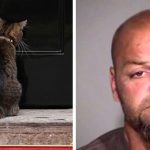 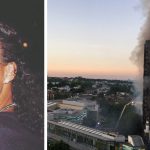