Patsy Cline delivered this stunning song back in 1961 and I know I still remember all the words! It’s a timeless classic.

“I Fall to Pieces” became Cline’s first number-one hit on the country music charts and she went on to have a string of hit songs that were written by Hank Cochran and Harlan Howard. It’s one of her most recognizable songs.

Brenda Lee turned the song down more than once and said it was “too country.” After that, a producer tried to convince a man to sing it, but it was regarded as “not a man’s song” according to Wikipedia. Patsy Cline overheard that argument and jumped at the chance to record it, and we’re glad she did! 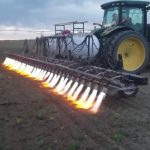