Animal cruelty is simply unbelievable, but for every terrible person there are dozens of caregivers fighting to rescue these innocent creatures from abuse. Good people like Debbie Rappuhn at Heart of Alabama Save Rescue Adopt (HASRA) are making a difference for animals like Augustus. Affectionately called “Auggie” by his rescuers, this poor stray was covered with severe mange that covered his coat with painful scales. His condition was so severe that Auggie had to be hospitalized for weeks after he was picked up by HASRA. In addition to medical attention, his rescuers showered him with love and affection.

After a bath and daily treatments of antibiotics and healing gels, the scales slowly peeled away revealing a precious pup hidden underneath. HASRA started a Facebook page for the pitiful pooch to help raise awarness for neglected animals and to find a new home for Auggie. Fortunately he was quickly adopted by a woman named Jordan Crist. When she first saw his Facebook page, Jordan only new what he looked like after years of painful neglect and abuse. When she arrived to pick up Auggie she was stunned to meet an adorable Border Collie mix! Watch Auggie’s breathtaking transformation in the video below. 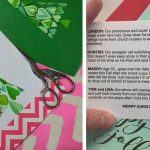 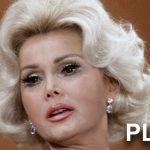