Team USA hockey coach John Tortorella made headlines this week when he told ESPN’s Linda Cohn, “If any of my players sit on the bench for the national anthem, they will sit there the rest of the game.” In the wake of San Francisco 49ers quarterback Colin Kaepernick’s protest, Tortorella now has a zero tolerance policy for players who refuse to participate in the national anthem during the World Cup of hockey tournament.

Tortorella’s son is an Army Ranger who is currently deployed, making this matter even more personal for team USA’s stern coach. He is particularly critical of his players’ conduct particularly during the World Cup where they will represent not just a single team or league, but the entire country as a whole. If his players choose to exercise their constitutional rights by sitting for the anthem, he has no problem exercising his right as a coach to bench them throughout the game.

The World Cup of Hockey is scheduled to begin on September 17, 2016 and will last through October 1, 2016 in Toronto, Canada. The tournament will feature competitors from countries throughout North America, Europe, and Asia. This is only the third World Cup of Hockey, the United States won the inaugural tournament in 1996 and Canada won the previous event in 2004. 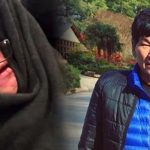