The sad history of the Dionne quints was kept quiet for nearly eight decades until the birth of septuplets made them break their silence. In 1934 the Dionne family gave birth to the worlds first set of surviving quintuplets in northern Ontario. The Canadian government seized guardianship of the girls as a ‘medical miracle’ and took them from their poor family. After 9 years of being paraded before the curious public and viewed like a zoo exhibit, the girls’ family managed to win legal custody of their children. They were not rescued however, and faced further exploitation and abuse at the hands of their parents.

Once they reached the age of 18, Cecile, Emilie, Marie, Yvonne, and Annette fled their family and tried to live quiet lives away from the spotlight. Emile joined a convent and lived a short life as a nun before dying from a seizure at the age of 20 in 1954. Marie died from a blood clot 16 years later. The remaining three women lived together and kept to themselves until the birth of the McCaughey septuplets in 1997. Cecile, Yvonne, and Annette broke decades of silence hoping to spare seven infants the same terrible fate they suffered throughout their childhood.

The sisters published an open letter to the McCaughey parents urging them to avoid the spotlight and give their children a normal life. They concluded their letter with the following statement: “If this letter changes the course of events for these newborns, then perhaps our lives will have served a higher purpose.” Barely a year later the government of Ontario, Canada awarded the surviving sisters a settlement for the abuse they suffered at the hands of the state nearly 60 years earlier.

Yvonne died a few years later, but Cecile and Yvonne are still together and just celebrated their 82nd birthday. 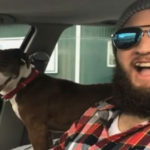 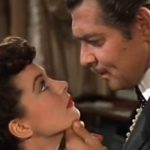