The Pittsburgh Steelers did more than simply kneel during the National Anthem this weekend. The entire team remained in the locker room, except for offensive tackle Alejandro Villanueva.

While his teammates stayed inside, the Army veteran stepped out of the tunnel to honor our nation’s flag. With his helmet in his left hand and his right covering his heart, Villanueva stood with his eyes on Old Glory.

No Steelers were on the sideline during the anthem.

LT Alejandro Villanueva, a veteran who served in the Army, stood near the tunnel. pic.twitter.com/JOviLUAtiF

Villaneuva played football in college at West Point before becoming an Army Ranger. He was awarded the Bronze Star Medal for Valor during his three tours in Afghanistan. After his service had ended, Villaneuva was signed by the Philadelphia Eagles in 2014.

The 28-year-old veteran turned offensive tackle signed a new 4-year contract with the Steelers in July of this year. Head coach Mike Tomlin told NFL.com he first noticed Villaneuva “because of the way he stood during the national anthem.”

What are your thoughts about Alejandro Villanueva?

Alejandro Villanueva was the only Steeler to come out for the National Anthem, standing in the tunnel. pic.twitter.com/L4EtxRQSvA 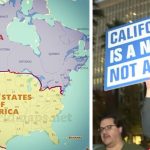 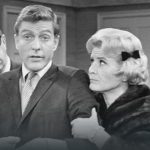