Throw of the year?! ???? pic.twitter.com/fgFmTMXOKO

Ramón Laureano, a fielder with the Oakland Athletics, may have just made the “throw of the year,” or “throw of the decade” depending on which sports bar you happen to be in tonight.

The rookie took a deep catch before launching an absolutely perfect 321-foot throw for another out at first base.

His ridiculous throw was captured perfectly from an outfield camera,

This is a ridiculous camera angle for Ramón Laureano’s cannon of a throw. pic.twitter.com/5rBHpWcV9L

“The catch, I knew I had made it before,” Laureano said after the game. “But the throw was pretty crazy/ I don’t know what to say. It was a crazy moment. I was shocked.”

Twitter was quickly filled with comments and jokes to celebrate the moment. 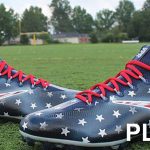 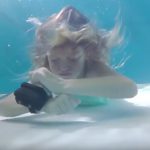