Justin Arbogast, an American consumer, has accused Wal-Mart of scamming its customers with a fraudulent rip-off.

“The last few times I’ve had to (unfortunately) buy Chicken from Walmart, I’ve noticed I’ve been shorted,” Justin explained on YouTube. “This time I decided to record it. I’m sure this is the same with all their meat products! The FDA specification on NET WEIGHT is the amount of actual product, minus the container or other means of maintaining freshness.”

In the video below, Justin shows a pretty big discrepency between the net weight listed on the packaging and the actual weight of the meat inside.

The package lists the net weight as 4.43 lbs, but when he weighed it himself Justin was surprised to see the scale read just 3.60 lbs. He had correctly tared the scale to remove the weight of his plastic container.

At $1.99/lb, the 0.83 lb discrepancy cost Justin an extra $1.65. While this may not seem like much money, it can add up quickly when spread over multiple purchases across thousands of Wal-Mart stores.

Justin was concerned that Wal-Mart may be weighing their chicken without removing the tare weight of the plastic and foam packaging. When he weighed the entire package his scale read 4.52 lbs, which is awfully close to the listed weight of 4.43 lbs.

Justin made his accusations two years ago, but his video went viral last month.

So where did the extra weight go? Is Wal-Mart running a scam?

Justin thinks so, but an alternative explanation is much simpler, juices in the meat have drained into the absorption pad inside the package. The packaging weighs just a few ounces when the pad is dry. Fluids that were in the meat when it was weighed have drained into the pad over time, which became part of the packaging when it reached Justin’s kitchen.

Watch Justin’s full video below. Do you think this was just an honest mistake, overall negligence, or an explicit scam? 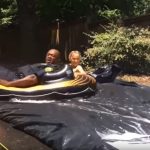 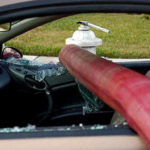