Michelle Booker-Hicks of Dallas, Texas shot a carjacker in the face as he attempted to steal her car, which still had her 2 and 4-year-old sons inside.

Booker-Hicks was paying for gas at a Shell station on I-35 last Wednesday night when she saw a man enter her vehicle.

The suspect, later identified as 36-year-old Ricky Wright, was shot through the face just under his right eye. He immediately ran the car off-road and crashed into a fence. Wright exited the vehicle and then collapsed in the middle of the street. Neither Booker-Hicks nor her children were injured.

“I wasn’t necessarily worried about my car,” the fearless mother said. “I was more worried about my kids.” She continued to say that she had intended to fire a warning shot, but now wishes she had “emptied the whole [magazine].”

“I’m not a killer or anything, but I do believe in defending what’s mine,” she said. “I hope that woke him up.”

Booker-Hicks currently faces no charges and attorney Toby Shooks doubts any will be forthcoming. “When children are involved, obviously the authorities are going to be very understanding of that,” Shook said. “The law says that if a reasonable person in her situation would have acted the same way, found it immediately necessary to protect herself or a third party, in this case her children, then that’s legitimate self-defense.”

Booker-Hicks had just purchased her firearm for self defense earlier that week. She had no idea she would be using it so soon. Booker-Hicks did not have a license to carry, but Texas police confirm that citizens are allowed to carry firearms inside their vehicle without a license.

Wright has been charged with two counts of unlawful restraint and unauthorized use of a motor vehicle. He has a long history of criminal activity including but not limited to assault, family violence, arson, theft, making terroristic threats, resisting arrest, and multiple drug charges. Wright’s current condition is listed as “serious, but stable.” 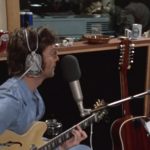