Michael David Young, an automotive product designer, has developed a clever new framing hammer that automatically dispenses its own nails.

This 25 oz framing hammer features a titanium head that accepts a sleeve of collated framing nails. The size and striking surface are typical of most framing hammers you’d find at your local hardware store.

A one-handed mechanism allows the user to dispense a new nail with the press of a button and a single strike. With the safety engaged, the hammer is no different from any other hammer. It can be used “to drive nails or tear down a wall” without accidentally dispensing any fresh nails.

“This device is actually specifically aimed at enhancing and streamlining the relationship between nail guns and framing hammers on the work site,” Michael explains. “Currently there are two different types of nails required on the work site: singles for your hammer and collated sets for the nail gun.”

“Instead of having to deal with the annoyance of having to buy both types, carry both types in their tool belt, and then pull the right type out at the right time, framers will often just buy collated sets and then physically tear off single nails to use with the hammer,” Michael continued. “This device totally streamlines that process.”

“Fiskars showed extreme interest and said it was the best idea they’d ever have come in, though ultimately it was too complex for their product offering,” Michael explains on his website. “Next was Craftsman who offered me a large sum to purchase the idea. Unfortunately it was in the middle of their company being purchased by Sears, their department dramatically shrunk right after our initial deal, people that I was working with left the company, and the deal slowly eroded with their bandwidth to take on new projects.”

In the video below, Michael demonstrates his proof of concept with a simple plastic prototype made with a 3D printer. The purpose of this prototype is simply to demonstrate the hammer’s ability to function correctly, obviously the finished product will be made of wood an metal. 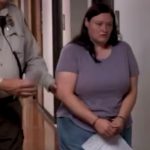 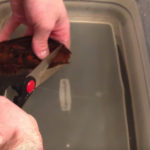