Russia has called for all families of top officials living abroad to ‘return to the Motherland.’ The announcement comes in the wake of Russian president Vladimir Putin sudden cancellation of a planned trip to France. The world learned just days earlier that the Kremlin had positioned nuclear-capable weapons within miles of the Polish border. These collective actions have only increased geo-political tensions over the prospect of a new global war.

According to the Daily Mail, Russian officials have been warned that failing to return their families to their homeland will hurt their chances for promotion. The warning released on Russian website Znak.com called for all administration staff, regional administrators, lawmakers, and employees of public corporations to withdraw their children from foreign schools and return them to Russia.

Stanislav Belkovsky, a Russian political analyst, fears the worst from this warning in the wake of rising tension between the United States and Russia. “This is all part of the package of measures to prepare elites to some ‘big war,'” he said in an interview with the Daily Star.

Shortly after France called for the International Criminal Court to investigate Russia for war crimes in Syria, former Soviet leader Mikhail Gorbachev commented that the world is at a ‘dangerous point’ not seen since the cold war. 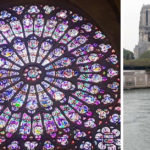 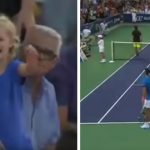