According to the Associated Press, Arizona will now require cursive handwriting in public schools.

Many people were surprised by this announcement assuming that all schools were already required to do so. In reality, many schools across the country have completely abandoned cursive handwriting in favor of typing. While some schools still teach students cursive handwriting, currently Arizona is the only state requiring instruction.

Earlier this year Governor Ducey vetoed Senate Bill 1197 that called for a cursive requirement. The bill required “the minimum course of study shall include instruction in cursive reading and writing to ensure that pupils, by the end of grade five, are able to create readable documents through legible cursive and writing.”

As of this week the cursive handwriting requirement was passed as part of the new education standards approved by the state Board of Education. Superintendent of Public Instruction Diane Douglas, a strong supporter of the new standards, told AP “We now have new standards that have been worked on by Arizona teachers, parents and been vetted by anti-Common Core experts.”

These new standards will require students to master legible cursive handwriting by the fifth grade and include instruction related to time and money management starting in elementary school. Many of the approved changes come in response to problems with Common Core standards.

Common core standards were often confusing and frequently misunderstood. For example, prior standards required high school reading be split between 70% “informational” and 30% “literary” material. These and similar requirements were vague, arbitrary, and some would say unhelpful. Douglas said that the new standards should “clarify rules” and provide teachers and the school board with “more flexibility.” 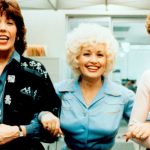 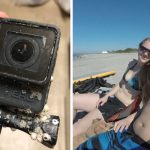