Margot Kidder, the actress most well known for the role of Superman’s beloved Lois Lane, has died at the age of 69.

“The actress and activist passed away on Sunday, May 13th, 2018 at her home,” Franzen Davis funeral home in Livingston, Montana told TMZ earlier today. No cause of death has been reported.

Kidder made her big break as the empowered reporter Lois Lane in the 1978 iconic action adventure film Superman. Starring alongside Christopher Reeve and Gene Hackman, Kidder helped set the standard for superhero films. Kidder reprised her role in three sequels.

Kidder suffered from bipolar disorder, which caused a widely publicized manic episode in 1996. After disappearing for four days and living within a homeless community, Kidder was found in backyard by a homeowner in Los Angeles. Kidder was in a confused state and appeared to have suffered physical abuse from an attempted rape. Following her ordeal, Kidder was placed in psychiatric care. 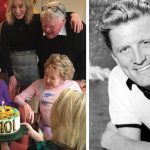