A 79-year-old victim of elderly abuse called the police for help after going two days without food. Harsh winter conditions trapped left him trapped inside his home without any food. Even if he could have escaped, the man was left penniless after an abusive caretaker emptied his bank account and disappeared. With nowhere else to turn, the man picked up the phone and dialed 911 asking only if someone could bring him some food.

Officers Brian Gray, Nathan Bolton, Buddy Odom and Adam Runions heard the dispatch call and answered immediately. The four men were heartbroken when they arrived at the victim’s home. Determined to help the old man, the officers took money from their own pockets and purchased a months worth of food from a local grocery store. They returned to the man’s home and stocked his fridge and pantry before starting a robbery investigation.

The caretaker was found, arrested, and the elderly gentleman’s savings were restored, but the officer’s were not finished. To help victims of similar abuse, the four noble officers started a community pantry stocked with canned goods for other residents living near Mount Pleasant, Tennessee. 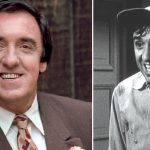 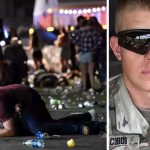