Jessica Dunbar, a waitress at Red Robin in Columbus, Ohio, didn’t notice anything unusual when she saw nine police officers sit in her section. Shortly after they sat down Jessica couldn’t help but hear one of them say “It’s always a rough day when you’ve gotta put a brother in the ground,” and her heart sank. Jessica didn’t say anything or let them know she had overheard their conversation. Instead she left them a quite surprise when it was time for the bill.

Your bill is on me today. I can’t imagine the day you all have had, let alone what you go through every day.

I hope your days get better. So much respect.

These men had just laid to rest Officer Steven M. Smith, a 27-year-veteran currently working with the S.W.A.T. unit. During a standoff earlier that week, Smith had been shot and suffered for two days in the hospital before succumbing to his wounds. Officer Smith left behind a wife and two adult children.

The nine officers never expected Jessica’s small act of kindness while mourning their friend and colleague. According to NBC news affiliate WCMH-TV Columbus, Officer Wellington said, “It really touched all of our hearts. We weren’t expecting to be treated any different than normal, and just for somebody to come and do that, it really made our day.”

When asked why she did it, Jessica said “I just wanted to do something nice. You can’t put a dollar amount on making somebody happy.” The news station later learned that Jessica is the daughter of a retired Blendon Township police officer. 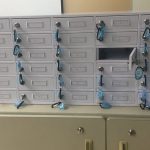 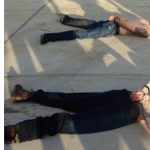