Patrice Brown, a fourth grade teacher for Atlanta Public Schools in Atlanta, Georgia, has been reprimanded for wearing inappropriate outfits after images on her Instagram account went viral. Her followers have started calling her the ‘sexiest teacher alive’ and have given her the hashtag #TeacherBae on Twitter. Since the scandal emerged, Brown has made her Instagram account private, but school officials feel that the damage has already been done. They claim that her choice of clothing is too tight and too revealing.


Her supporters disagree arguing that her natural shape is simply curvy and that none of her outfits were too short and none exposed any cleavage. According to the Telegraph, one supporter said “I support #teacherbae not cause she fine but what she was wearing was appropriate, she just has curves, you need relax if you’re mad.” Another wrote “Black women w/ curvy bodies are immediately judged and sexualised for something they have no control over.”

The Daily Dot reached out to Brown for a comment, “I just wish they would respect me and focus on the positive and what truly matters—which is educating the children of the future generations and providing and caring for them.”

I don’t understand why people hate and bash others for doing what they love and work hard for.

“Why is there so much hate and jealousy in this world? When people just wanna achieve their dreams. Nasty people all on social media.

“People will pick apart any situation and find a way to hate on it. It’s so sad that’s why nobody can be happy for more than five minutes.” 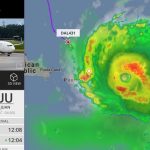