Red Gerard is a young man who has a lot to be proud of. He just won a gold medal in the Olympics and his won surprise is getting laughs from a lot of people. He dropped an F-Bomb on live TV in front of the whole world and all we can do is forgive him.

It was TV at its livest and even though NBC has a delay in their broadcast, their censors weren’t faster than an enthusiastic Gerard who said “Holy f*” during his post-run interview.

Another Olympian ended up waking up Gerard after he slept past the intended time. When Gerard hopped up, he couldn’t find his own jacket in time, so he had to borrow his roommate’s.

Either way, he got to the venue on time and earned his spot at the top and this one will go down in history.

Red Gerard also went on Live with Kelly and Ryan to talk about his gold medal winning run and training his own backyard. 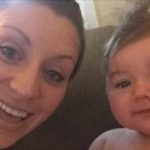 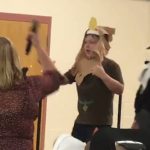