The film features a mysterious terror that’s causing mass suicides, but the heroes can stay safe if they don a blindfold.

Throughout the film, Bullock and other characters are seen attempting to navigate their terrifying world blind. Now teenagers are attempting to do the same thing… in their cars.

Unsurprisingly, a 17-year-old driver from Layton, Utah crashed her car while attempting the “challenge.”

Fortunately no one was hurt.

Learn more in the news video below. 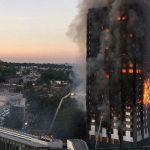 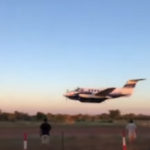