Kenny White, a 32-year-old construction worker and father of four, was murdered on his way home by five teenagers who thought it would be funny to drop rocks from an interstate overpass.

The teens told police they were just “playing a prank” when they dropped a 6 lb chunk of concrete from the I-75 overpass about 80 miles north of Detroit in Genesee County, Michigan. The rock punched through the windshield and struck White, who was sitting in the passenger seat. A friend and co-worker was giving him a lift home from the construction site reports local ABC affiliate WXYZ 7 Detroit.

At least four other cars were hit by rocks. India Reeves was driving directly behind White when he was murdered. “I just noticed there was debris all over the road,” Reeves said. One of her tires blew out after hitting the debris. Reeves pulled over and rushed to the van carrying White to see if anyone was hurt. White was alive but unconscious when Reeves found him.

He died a few hours later in the hospital. The cause of death was determined to be blunt trauma to the head and chest.

White’s family is devastated by the sudden loss. “I’m at a total loss for words. The world has been turned upside down,” his sister wrote on Facebook. “Please say it’s not true…you’re not supposed to bury your kids,” his mother replied.

The teenagers resonsible for Kenny’s murder have been apprehended and charged with murder. They range in age from 15 to 17-years-old. Police identified the teenagers as Alexander Miller, 15, Trevor Gray, 15, Mikaydyn Payne, 16, and Mark Sekelsky, 16, and Kyle Anger, 17.

“I don’t believe that this was a deliberate attempt to take somebody’s life,” said Genesee County Prosecutor David Leyton to The Detroit News. He explained the matter of intent was the only reason a first-degree murder charge was not leveled at the teens. “It was a willful and wanton act that resulted in somebody’s death. These people should have known better. These people should have realized that their actions would cause great bodily harm or death.”

Leyton explained that the teens were all charged with conspiracy since they admitted to have discussed gathering and throwing rocks from the overpass. According to Leyton, the teens collected rocks and debris from a street located near the overpass. 17-year-old Anger is believed to have dropped the rock that killed White. Anger is currently being held at the Genesee County Jail. The other teens are being held in a local juvenile detention center.

A friend of the White family staterd a crowdfunding page to help raise money for White’s funeral costs. “Today this young man was killed in a freak accident when someone threw a chunk of concrete off an overpass,” the page says. “His family needs help to lay their son, brother,Dad , nephew and friend to rest.” Click here to make a donation or leave words of support for the grieving family. All excess funds are intended to cover the cost of living and education for Kenny’s children. 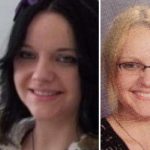 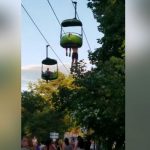