If you’re unfamiliar with the “TED Talks,” they’re a series of lectures that cover almost any topic. Essentially, they’ll have a professor or expert in some field, talk about something unusual and enlightening. They’re interesting if you’re into science or trying to analyze things in a logical or cerebral way.

This shows what happens in an unusual experiment where two monkeys are paid unequally. The monkey’s job, as they understood it and were trained, was to hand this human a rock and they would receive payment in the form of a treat. Simple right? I gave you a rock, you gave me a treat.

So what happens when two monkeys give one rock to the same human and get different treats back? They react in a surprisingly human way. They don’t like it very much. The video gets particular wild around the 1:25 mark; that’s about a minute and a half in when they’ve had enough. 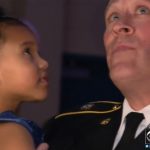