Customers of a KFC in Gallipolis, Ohio were surprised to find a paper sign posted to the door reading “All uniformed police officers eat free everyday all day.” The owner of the restaurant created this generous offer to show that he and the members of his staff stand behind the men and women in blue. After a recent string of violent attacks against police officers, the KFC owner felt that a free meal was the least he could offer.

The image of the sign went viral after it was posted to Facebook by Ohio Going Blue.

Some people are upset by his generosity and complain that the free meal should be extended to all first responders.

After hearing criticism for what some are calling special treatment, one officer commented to the Facebook post saying,

This is a positive post, but some of you can’t see the bigger picture.
As an officer, I do not go into any establishment expecting/wanting ANYTHING to be free or let alone even a discount, wether I’m in uniform or not, and I can tell you other officers feel the same way. We don’t like “special treatment”. The fact is that KFC is acknowledging law enforcement, which is why this was posted.
To those who stated that other first responders should also be acknowledged. My answer? ABSOLUTELY. 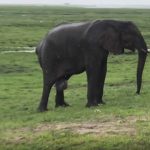 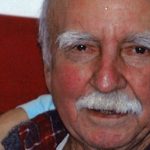