You know how it is when your kids are out and you can’t get in touch with them. It’s the cell phone age and we might take for granted that we can contact each other easier than ever, but that’s what makes it so much more frustrating when your kids can’t seem to ever pick up and let you know they’re safe.

This Mom of teenagers got to be fed up with worrying about her kids not answering their phones. She created an App do something about it!

Sharon Standifird knew that there must be other women who have the same issue with their kids, so she knew there was a market for this sort of thing. She solved the problem herself with an app called Ignore No More!

No texting, no games, just emergency services like the police or fire department which wouldn’t be safe to block, or calling the parents back. It’s genius. Why didn’t we think of this?!

Parents are saying it’s a great way to keep their kids on task and remind them that it’s important to communicate and keep in touch. Nobody wants to worry and nobody wants to be ignored.

Never too early to teach a little responsibility and accountability! 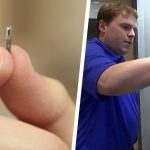 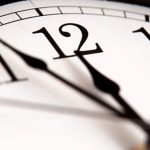