Sir Nicholas George Winton was a WWII Lieutenant for the Royal Air Force and a humanitarian. He helped organize the rescue of 669 children from Czechoslovakia. The children were mostly Jewish.

The operation became known as Kindertransport which is german for “children transportation.” He helped the children achieve safe passage to Britain and nobody knew about the operation until 1988 — nearly 40 years after the fact.

Winton was knighted for his “services to humanity, in saving Jewish children from Nazi occupied Czechoslovakia” by Queen Elizabeth II in 2003.

Most of the world found out this incredible story when a BBC show called “That’s Life” invited him to be a member of the audience. When asked if anybody in the audience was saved by Winton, the entire crowd stood up and applauded him. What a truly amazing moment for an amazing hero! 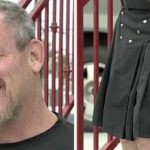 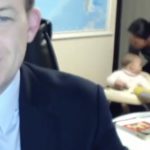