Almost everyone remembers Fred Astaire, but do you remember Eleanor Powell? We wouldn’t be surprised if your answer is no despite the fact that she may have been one of the greatest performers of the 1940s. In those days dance numbers were the height of popular entertainment, and they weren’t easy. Many of the classic dance scens of that period were shot in a single take, and a single mistake would ruin the entire thing. Eleanor Powell was incredible, some would argue she was too good for her own good. It has been said that after shooting Broadway Melody of 1940, Astaire sought out a different dance partner because Powell took too much of the spotlight. While he respected the young dancer, he wanted all of the attention. Take a look at their incredible routine below. 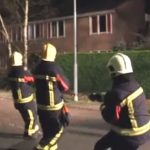