When Toby-Jay, Ollie, Joey, Beau and Adam stepped on the stage of Britain’s Got Talent, they brought with them a very clear message—”It’s OK for boys to dance!”

Toby-Jay, 11, said it plainly, “The message we want to get out there is that it’s OK for boys to dance because it’s not just a girls’ sport.” This message wasn’t lost on the judges or the audience as the quintet moved through a beautiful display of gymnastics and interpretive dance.

The boys were no strangers to being bullied, but they hope children everywhere will learn that the bullies won’t win. “I used to come home crying. It used to hurt me a lot.,” said 10-year-old Alex, but that didn’t stop him from appearing on television to dance in front of 1.4 million viewers.

Toby-Jay summed it up nicely saying “No matter what people say, just carry on what you’re doing because it’s what you love.”

How did the judges respond? See the incredible performance for yourself below! 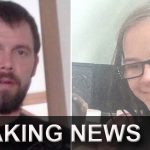 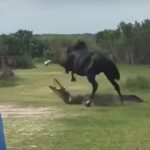